2019
Writing & Screen-print on canvas (10 x 18 in. each of the five pieces)
Part of the exhibition "Alien Objects" at SITE Galleries, Chicago, IL, USA

The work investigates how the written letters of a foreign language could be evaluated as a visual element/composition by the viewer that could not understand it. The title is a joking part of an expression used in English language (it’s all Greek to me) for something not understandable. The word “me” deliberately changed to “you” and as a result the whole work raises questioning about the identity of foreigner/alien, who could be either the viewer towards to the original language or the original language toward to the viewers, or both.
The text describes the daily life of my own grandmother and her perspective about time. Contrary to the modern societies, she used to have a very different approach about it. In that manner, the text is additionally connected in another layer of foreignism between her who lived in a different perspective towards time and us as contemporary viewers. 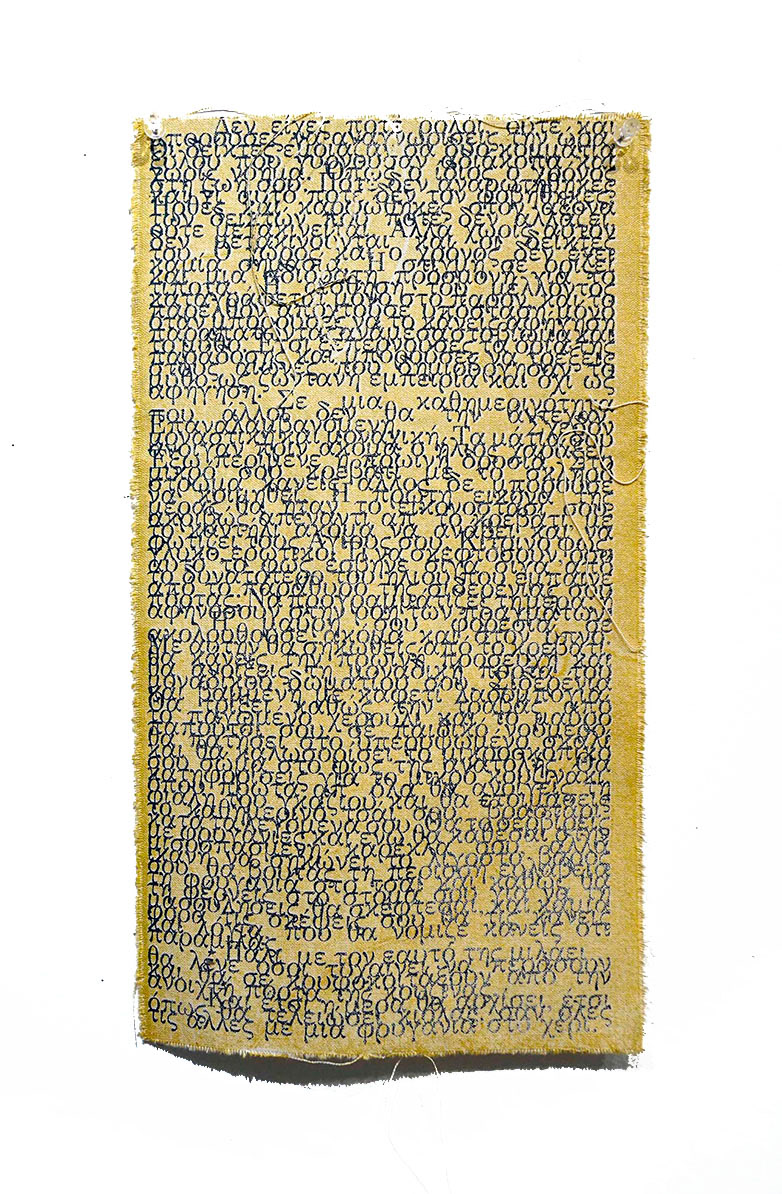 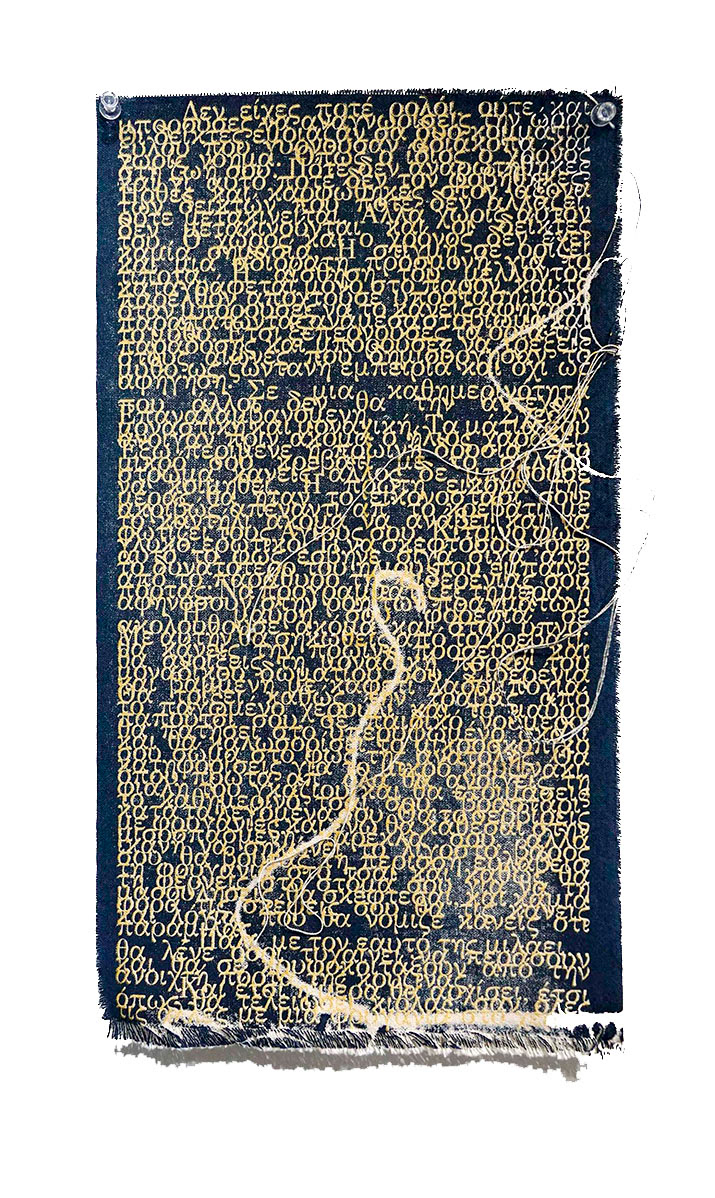 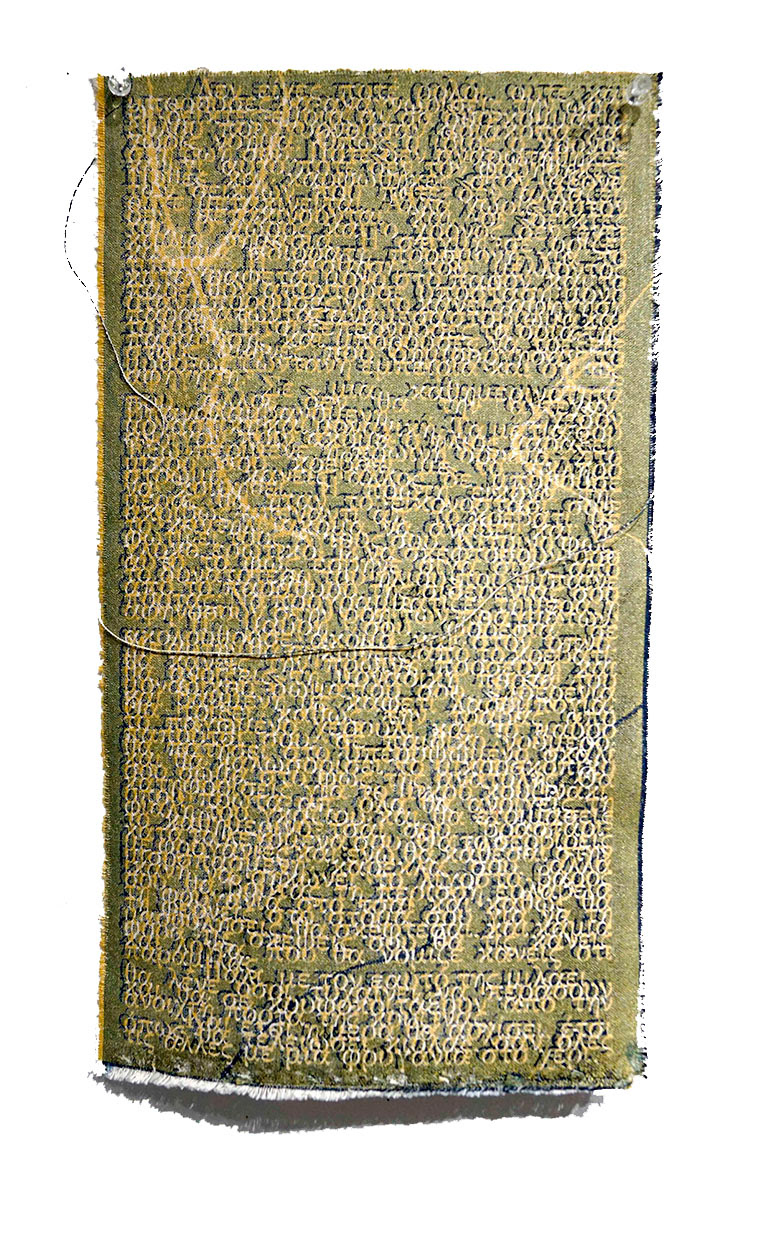 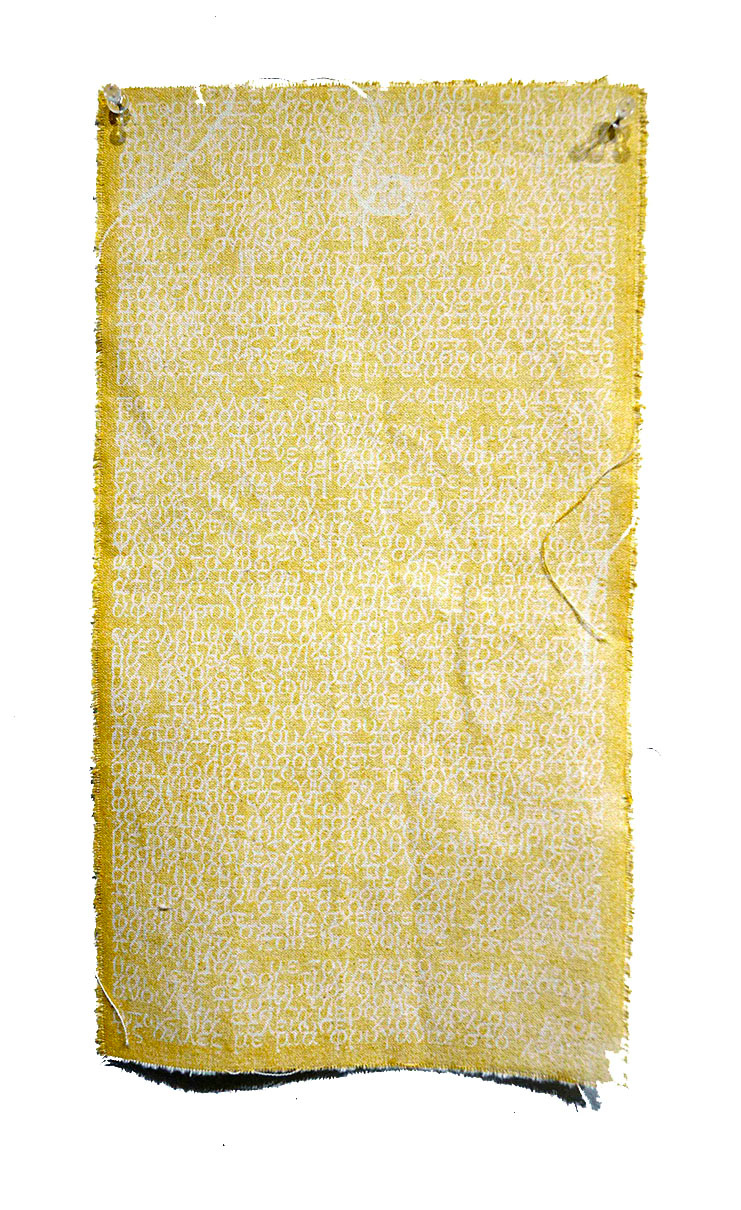 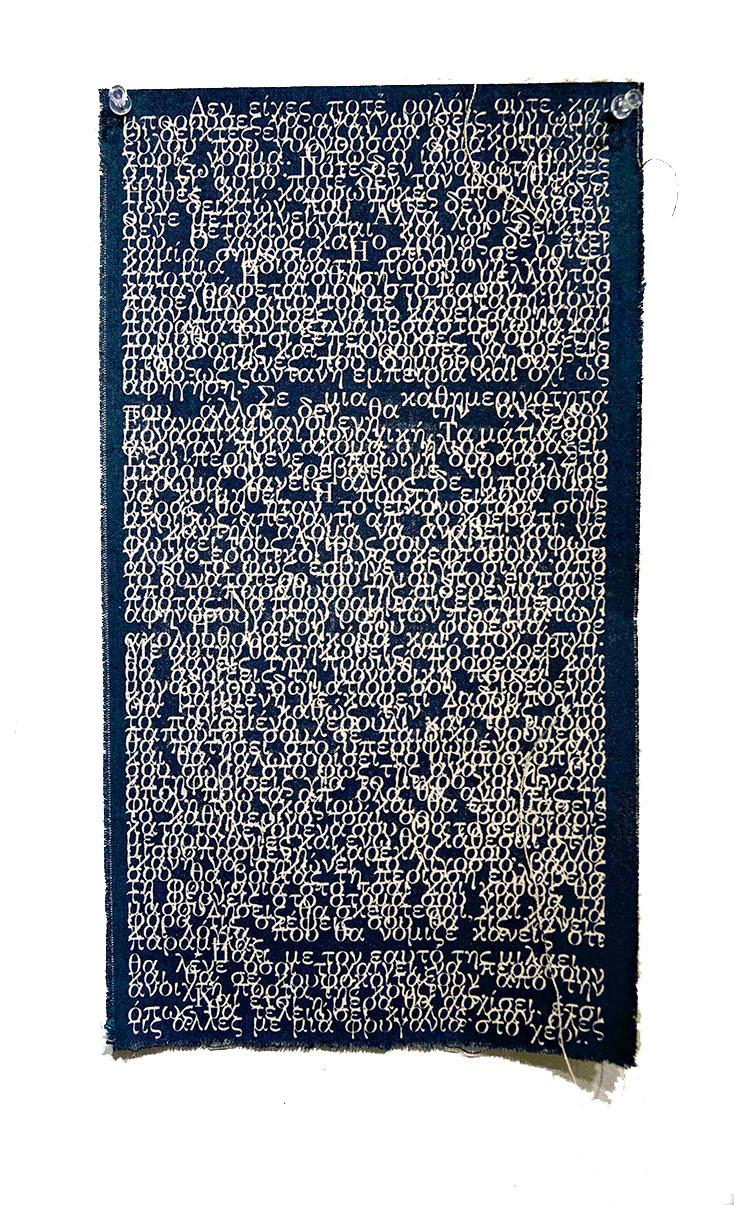 The writing translated in English 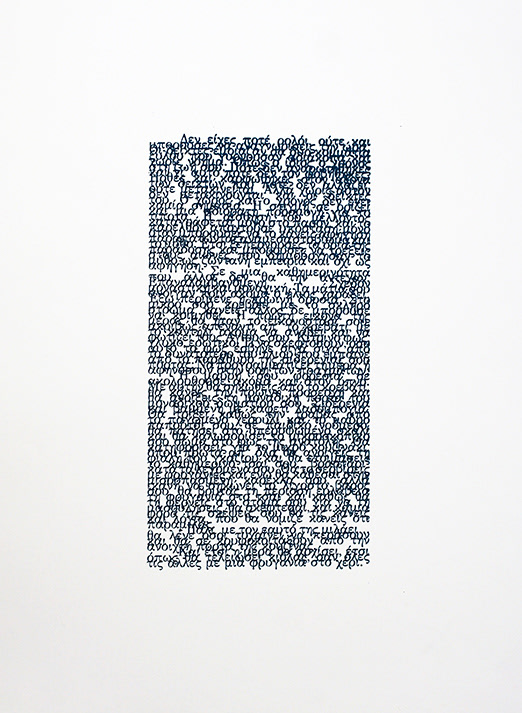 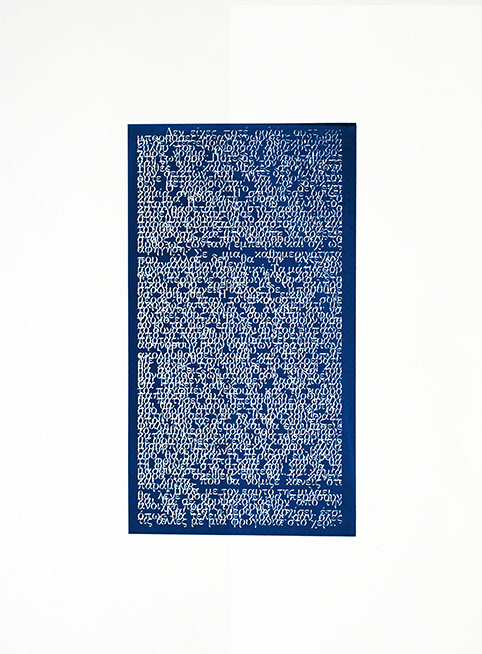 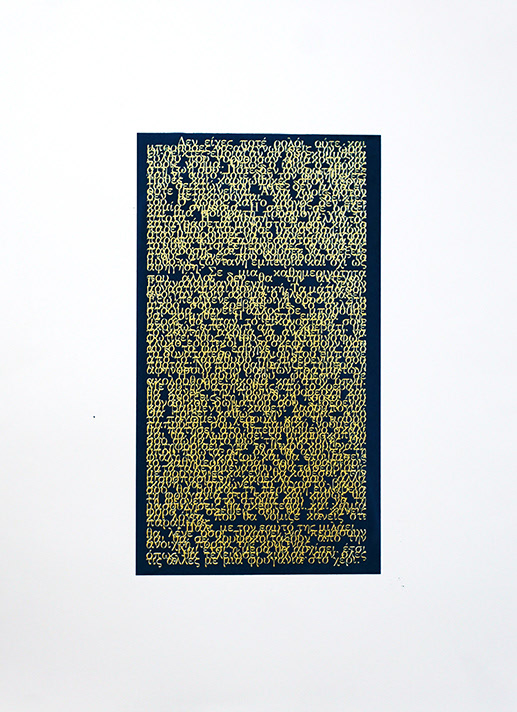